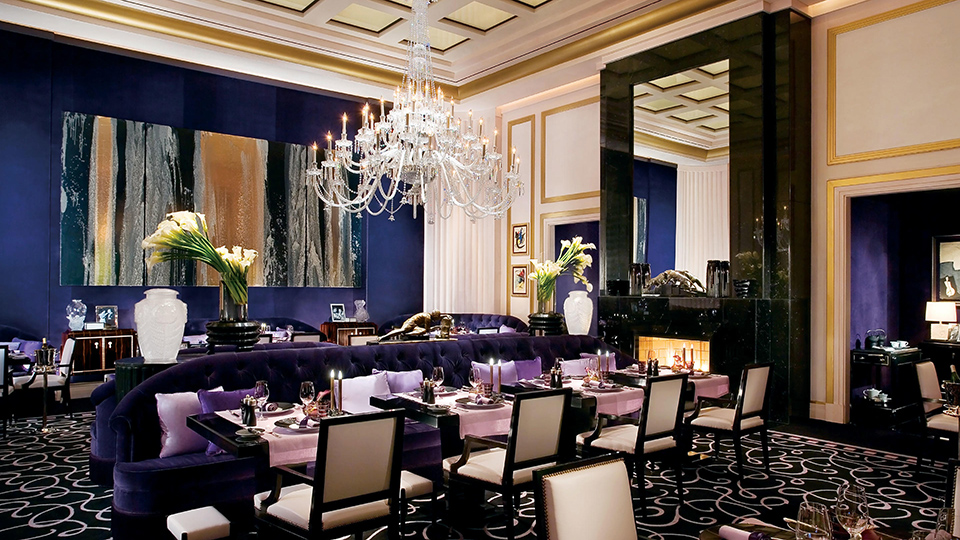 Located within The Mansion at MGM Grand, this '20s Paris inspired French eatery from Joel Robuchon (his only self-titled restaurant in the United States) is Vegas' hottest dining room. The smaller-than-expected 64-seat restaurant has five separate dining areas varying between color-gilded boudoirs to garden-style terrace with topiary wall (fake, of course). A black-and-white tiled foyer lit by a crystal chandelier leads to a main drawing room with 17-foot ceilings, tufted-velvet banquettes and crowd of desert foodies and be-seen socialites.

Beating out Guy Savoy and every chef in Los Angeles, the restaurant has again become the hottest gourmet destination in town located within The Mansion at MGM Grand.

The Cosmopolitan gets best eatery to date with Momofuku