Crystals is not your average Vegas mall 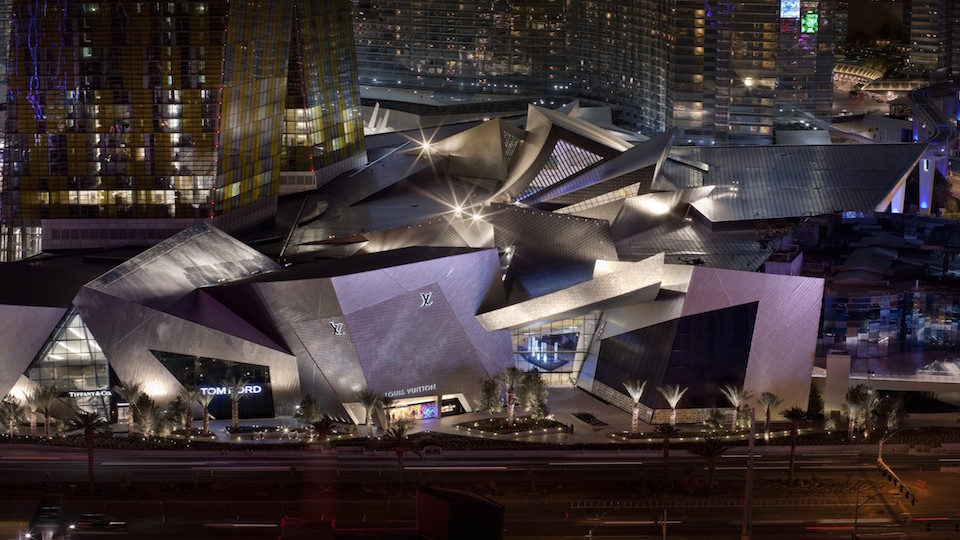 A shopping galactica with fashion gods emblazoned on its sides as well as the iconic Louis Vuitton logo that acts as a seal of approval that Vegas is in fact a fashion, or at least shopping, destination. Unlike other casino-bound shopping areas in Las Vegas there are no gimmicks. There are no fake gondoliers or shooting flames to indulge the senses of the non-luxury consuming populace that will have little to do at Crystals if not indulging in $150 lunch, $300 shoes, $500 bags or $2000 coats. You don’t even have to walk through a casino to get there. Some call it elitist while others call it fabulous.

Not just shopping, Crystals has a collection of all-new dining options. Latin steakhouse Beso, the hit restaurant in Hollywood owned by Eva Longoria, has opened its soon-to-debut EVE Nightclub slated for New Year’s Eve. Not all the restaurants at Crystals are as fancy as Beso; in fact eating is one of the cheaper whether activites as Crystals whether at the posh new Mastro’s Ocean Club or more affordable eateries like P.U.B. by Todd English and two concept restaurants called Brassiere and the pods by Wolfgang Puck worthy of ladies who lunch or just want to look.

Beyond the visuals at Crystals, its new business model means much-larger stores to a fewer amount of high-end tenants. In lieu of Express and Gapp, Louis Vuitton has opened a three-story flagship that includes a full display of men’s and women’s fashion lines by creative director Marc Jacobs. Nearby are almost equally exaggerated locations of Tiffany & Co., Prada, Gucci, Roberto Cavalli, and Ermenegildo Zegna with an army of fashionable staff ready for the influx of tourists that will hopefully skip-over LA’s Rodeo Drive or SF’s Union Square for their high-volume luxury shopping needs.

Arty retail and dining complex constructed out of sea containers