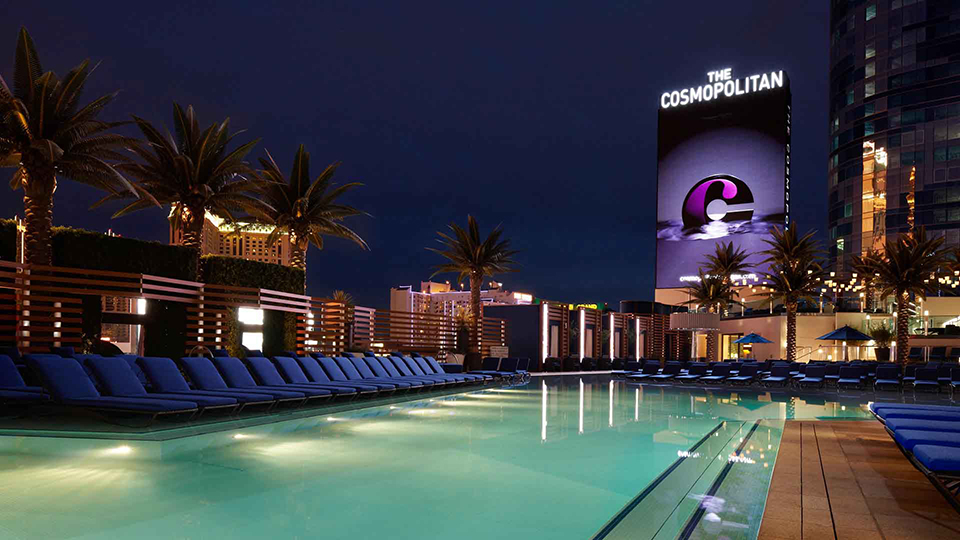 Even on first sight Cosmopolitan Las Vegas has a lot going in its favor. Its location couldn't be better, halfway between the Wynn and Mandalay Bay, convenient to walk anywhere on the strip and making a 2am cab ride from the Hard Rock or Palms bearable. Even its parking lot impresses with street art installations by Shepard Fairey, RETNA, Kenny Scharf and Shinique Smith. Cosmopolitan is home to an impressive 14 eateries many of which from celebrity chef's making their Las Vegas debut including Jose Andres and David Chang. Cosmopolitan is home to three pools including a strip-facing Boulevard Pool with surfer meets yacht club aesthetic as well as live stage for artists and weekend DJs that will spill over into an evening nightclub managed by NY-based Tao Group who also run a nightclub at the Venetian. Currently the hotel's modest 60,000-sq. feet of shopping include high-end boutiques like Retrospecs & Co., Beckley and eagerly awaited Vegas outpost of UK-based AllSaints.

A true luxury hotel, an east and west tower as well as a series of three-story poolside bungalows blend into the skyline of neighboring City Center and acts as an architectural reminder to the Bellagio that Vegas is no longer about faux Tuscan high-rises and synchronized waterfalls. The guest rooms of the Cosmopolitan are also different than what’s been seen in Vegas to date. Comprising of hotel rooms and integrated residential condo inventory, interior designers like David Rockwell who remodeled such landmarks as NY’s Greenwich Hotel and The Carlton were given reign over interior spaces. All rooms feature kitchenette or gourmet kitchen with Miele and SubZero logo abound, trendy living areas and lofty bathrooms with mix of white marble floors and less-lux mosaic tile showers. There’s also a private outdoor terrace off every room in the house, a first on the Las Vegas strip once famous for virtually banning fresh air and natural daylight.