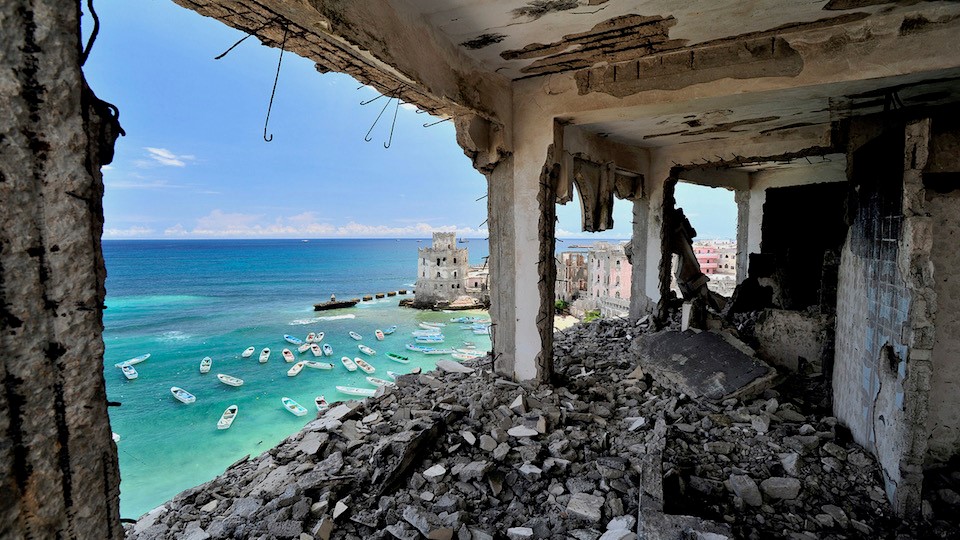 What would you do to touch the wonders of Babylon in person; pluck grapes in Afghan orchards or browse the bazaar of ancient Mogadishu? If fear and adrenaline are your ultimate luxury, companies like Untamed Boarders present definitive adventure seekers with curated journeys to destinations so dangerous and removed they come with their own security detail. We came to know Untamed Boarders and its owners Kausar Hussain and James Willcox via an Ethiopian expedition that leads a select group of travelers to Axum - home of the Queen of Sheba - and treks out to ancient Harar where enthusiasts sip aged scotch from a flask while feeding wild Hyenas at dusk that wander the streets. Sound too tame? Participants can add on 3-days in Mogadishu where you visit the once off-limits bazaar, Lido Beach and old markets with a dedicated security team and local-fixer.

More than just a trip to D.C. or Berlin, Political Tours was started by Nicholas Wood, a former New York Times foreign correspondent, who swapped copy deadlines with itineraries to Saudi Arabia, Libya and North Korea. Wood tailors each tour as if participants are laying work for a story or documentary, often putting journalists and analysts within a travel group, including a 2019-planned Trumpland Tour that tracks US President Trump’s progress in political battle grounds like Michigan and D.C. where they check-in on groups exploring both Trump’s impeachment and re-election. Putin gets a similar vetting, as burgeoning politicos hone in on the Russian President and his perception from the Urals to Moscow.

If it all sounds a bit ghoulish and a State Department stress case, take into account the number of seasoned travelers alas looking for trips yet to be inundated by the masses. Tour operators from Nomad Tanzania to Explora and to a degree Virgin Limited Edition make a case that the roads less traveled are often the most glamorous. Wild Frontiers has also been in our address book, with a slightly less intimidating itinerary with some as diverse as a tiger safari in Rajasthan to Algeria’s UNESCO world heritage sites of Djemila, Timgad and Tipaza. And in a world that seems to get smaller the further we travel, both in our customs and comfort levels, perhaps 3-Days in Mogadishu is just what we need after a season of Capri and St. Tropez.