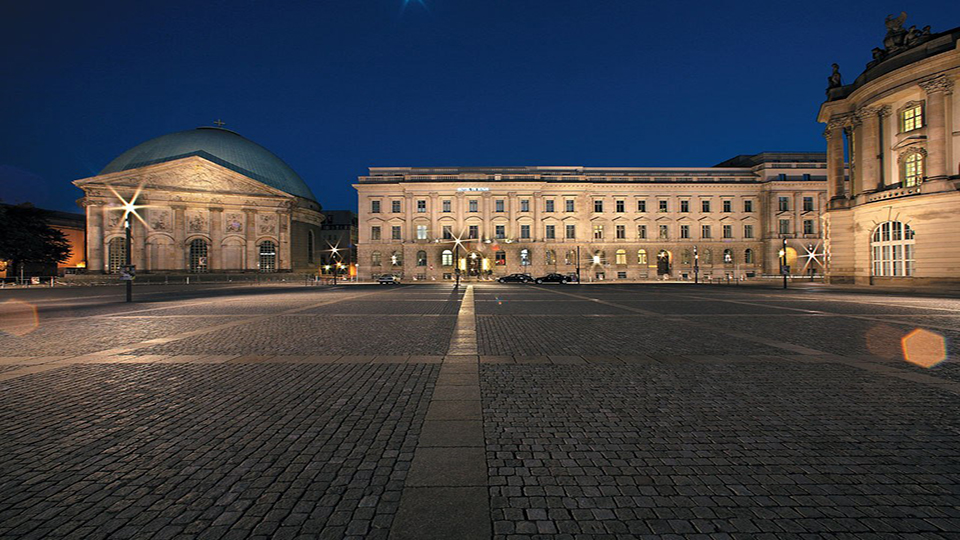 One of my first travel experiences came as a young teenager in Berlin, wandering the soggy No-man's Land in front of a shuttered Reichstag and still-fenced Brandenburg Gate looking for remnants of the Berlin Wall with my Kodak Disc in hand. Today's Berlin is almost unrecognizable to the one I saw in 1991; the stretch between the Brandenburg Gate and Potsdamer Platz now encompasses The Memorial to the Murdered Jews of Europe - one of the most humbling monuments ever built. Just beyond is modern-day Postdamer Platz that was once the center of pre-war Berlin and today is revived with Renzo Piano’s DaimlerChrysler headquarters and Helmut Jahn's retail-minded Sony Center - but the urban soul of Potsdamer Platz was never truly duplicated.

A quarter-century of hindsight allows one to see what works, and what doesn't, in post-reunification Berlin. In terms of hotels, luxury properties like Hotel Adlon Kempinski debuted quickly in 1997 with its West German architecture that's not as memorable as Michael Jackson daggling his baby from one of its windows. Interiors are lost in luxury time but with impeccably formal service and an array of eateries worthy of their numerous dress codes. Today, Hotel de Rome is a worthier luxury address with its location opposite Humboldt University that's a short stroll from the shops of Friedrichstrasse. Soho House Berlin on the outskirts of the Mitte would be the cool choice, with its bustling club bar and rooftop pool that's heated this time of year. And for anyone looking for a deal, Das Stue on the edge of the Tiergarten can be had for under $225 a night and is the best hotel deal anywhere right now.

Currently, the dining scene is defined by gastronomic experiences varying between very formal - a la the ever-formidable Tim Raue and newer Reinstoff, which bases its Michelin-starred prix-fixe menus on the distance from which each ingredient is sourced. More playful are Katz Orange in the Mitte, with Marfa-inspired decor and art collection or perhaps Crackers, clad with French cuisine and DJs. Having been priced out of neighborhood after neighborhood, Berlin's bohemian artist scene of the early 2000s has evolved into an international gallery presence along streets like Potsdamer Strasse. Annual events like Gallery Weekend in late-April find neighborhood hotspots, like Victoria Bar, which heat up afterhours. Afterwards, Bar Zentral lures “long-drink” lovers to the West while Bar Tausend proves that the East is still very much cooler come 2 AM in Berlin.