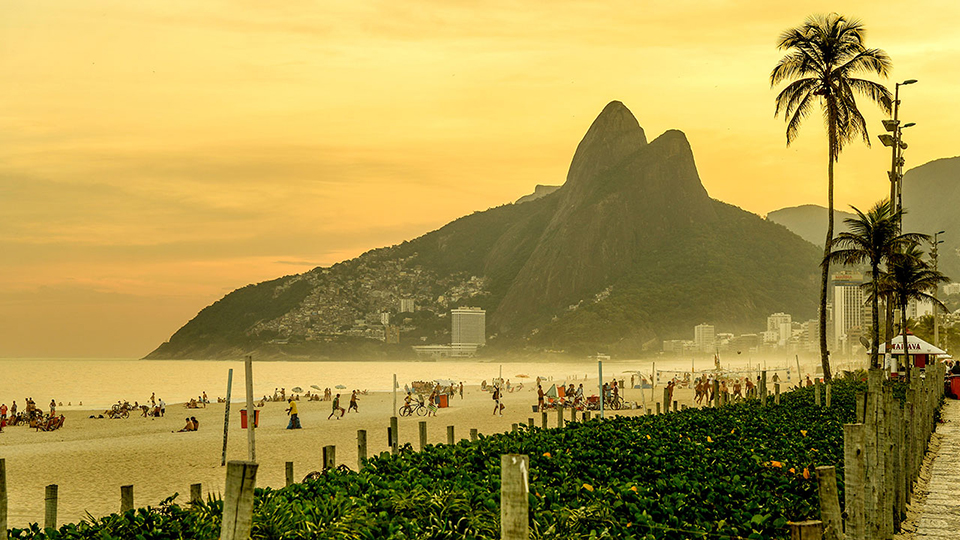 When Rio's famous Christmas tree lights up Lagoa Rodrigo de Freitas for its annual nightly show, it will come almost a week late after winds toppled the iconic structure last month. The latest in a series of setbacks for the 2016 Olympic Host City, Rio de Janiero was primed to make its global debut to a world that now looks uneasily on a waning Brazilian economy, real estate market in free-fall and local hotel market suffering from endless setbacks. With the Olympics we had hoped for new hotels like EDITION, Soho House and Hotel Gloria to open and take the pressure off Copacabana Palace, Santa Teresa and the Fasano. A room at any of them will cost over $1500 a night over New Year's. Instead, there's but a lonely new Grand Hyatt in the forgettable suburb of Barra da Tijuca.

To walk the streets of Rio, you would never know the economic woes that fill newspaper headlines. Girls in bikinis and skateboarders in Havaiana's pass store windows bedecked in holiday tinsel and Panettone. Lunch spots like Gero and Forneria are surrounded in Range Rovers as the most beautiful people in the world scurry from air-conditioned car to climate-controlled restaurant. Rain is omnipresent, but no one owns an umbrella and the beach somehow still manages to be busy. Late day, the comfort of a pool is the privilege of the few. We prefer the rooftop of the Fasano Rio with its Philippe Starck-designed white-marble clad edge and views that make you believe in a city with more than a few rough edges.

The food scene in Rio has improved leaps and bounds in the last years. Puro puts a traditional spin on sustainable cuisine with family recipes in a dining rom and terrace in Jardim Botanico. CT Boucherie satiates carnivores in Leblon with the best new steakhouse in town while Bazzar marries Italian and Brazilian cuisine in a stylish Ipanema eatery. Longstanding Zuka, Olympe and Roberta Sudbrack give a gourmand edge that avoids the city's love for new and trendy. For those there's Bagatelle Rio in the city's former Jockey Club or Mee, a new Cantonese supper club at the Copacabana that's the it-room of the year with a Singapore chef and diners that sometimes don't take their sunglasses off to eat - at midnight.