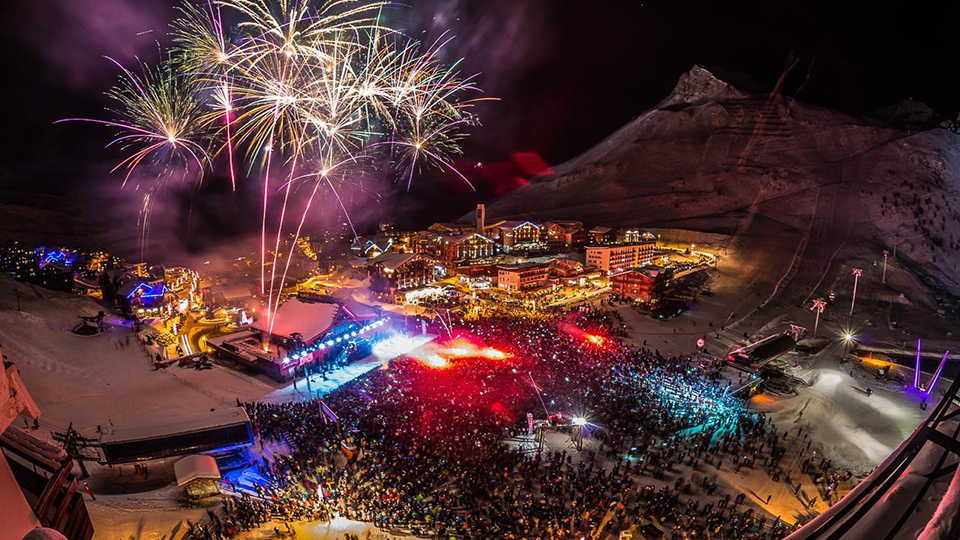 It's that time of year when New Year's Eve plans start getting solidified. Some of our favorite New Year's Eves of past include closing down the bar of La Huella in Jose Ignacio or enduring a bone-chilling weekend inside medieval ruins along Germany's Rhine Valley. We've always wanted to do Venice and a black tie dinner at Harry's Bar or masquerade at the Aman before making our way to enjoy the midnight fireworks over St. Mark's Square. While we do love Paris, it virtually shutters for New Year's. Ditto with Berlin, unless you want to be in a nightclub, or Marrakech that’s far too cold and should be saved for the warmer days of the coming year.

While snow can be unpredictable at New Year's, Aspen is at it’s snowiest ever for this time of year which couples nicely with our much favored The Little Nell's annual Dom Perignon Party with fireworks display over Aspen Mountain at midnight. Cheval Blanc Courchevel celebrates its 10th anniversary this year with Le Triptyque designed by Peter Marino and midnight fireworks over 1850. Gstaad is best with a private party invite while St. Moritz New Year's is defined by 12am at King's Club in Badrutt's Palace. For something altogether beachier, Saint-Barth shows off two new hotels this season and New Year's Eve parties at Nikki Beach, VIP Room pop-up and Le ti that hopes to ease the ache left by the loss of Le Yacht Club this season. In Dubai, midnight fireworks are best capped off with sets by Axwell / Ingrosso, of the legendary Swedish House Mafia, headlining at the stunning new Meydan.

For those that simply must party on New Year's Eve, Las Vegas manages an impressive calendar with Elton John: The Million Dollar Piano at Caesars Palace, Maroon 5 with Tove Lo at Mandalay Bay, Sting at The Chelsea - inside The Cosmopolitan and Bruno Mars at Monte Carlo. Afterwards, Drake hosts at Hakkasan, Major Lazer at XS at Wynn and Calvin Harris headlining at Omnia - currently the hottest club on the strip.