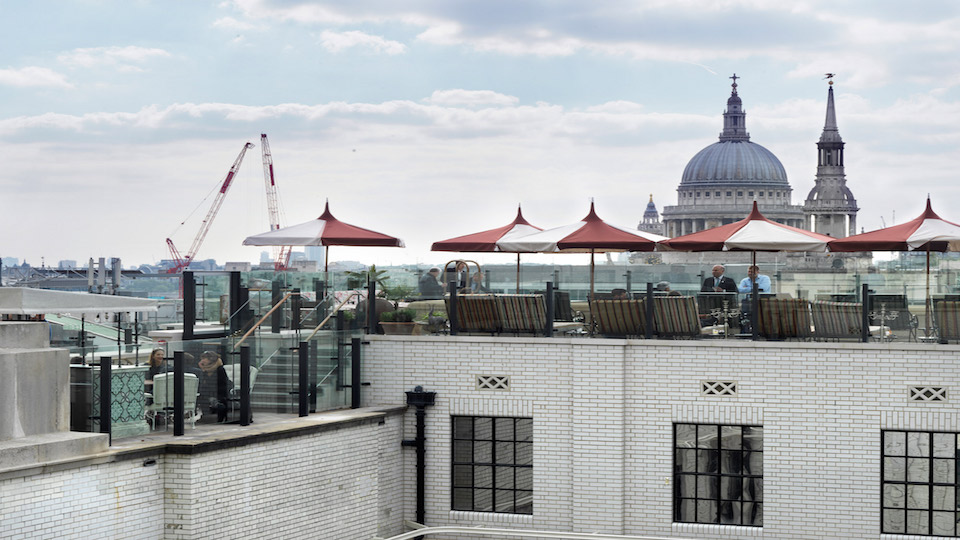 While social media is flooded with virtually everyone you know at some various Mediterranean beach, many of us will still spend most of the season at home in the city. Luckily, there are those special places where it always feels a little like vacation. In Paris, Hotel Moliter is the site of a former 1920s bathing club where the bikini was first unveiled. Today, guests frolic the hotspot and svelte locals opt for their favored summer memberships. In Milan, the Dsqaured2 duo host at Ceresio 7 that’s currently the sexiest rooftop pool in town. Soho House Berlin and its luxury apartments are still home to the chicest swim club in town, which is almost as festive as summer at the neighborhood lakes that surround the German capital. In Istanbul, the Four Seasons Bosphorus is about as pretty a pool as you'll find on the water aside from Suada Club that's quite literally an island of waterside preening.

In London, the posh crowd can be found poolside atop The Ned (pictured) this summer while hipsters flock to Shoreditch House and bohemians take to Hampstead Ponds that's one of London's true summertime experiences. In Barcelona, we can't decide if we prefer the rooftop of the Ohla or lying in the shade of Frank Gehry's ethereal whale sculpture at the Hotel Arts. In Athens, a day of sightseeing is worth skipping in order to take in the poolside sights of Fresh Hotel. Mexico City perks with splashy life at the historic Downtown as well as the Habita. While in Hong Kong, W Hotel in Kowloon maintains the best tanning scene providing the rain breaks for an hour or so in the summer afternoon.

As for the US, Dream Downtown in New York manages a constant summertime party at The Beach while Soho House lures gays and glitterati not in the Hamptons or South of France. LA keeps bragging about the Waldorf-Astoria rooftop, but those in the know still opt for the Beverly Hills Hotel. In Dallas there's no other place we'd rather be than in the cantilevered pool of The Joule with its incredible art collection and wild Texas crowd. And in Miami, our closest friends rue the morning thunderstorms and 80% humidity, but still find delight in an afternoon dip at the virtually abandoned Standard Miami Beach or seasonally humbled Soho Beach House. With rates at Soho Beach House from $250 in August and a mostly-locals scene that many prefer to even high season, it's understandable as to why some might just start summering in Florida.