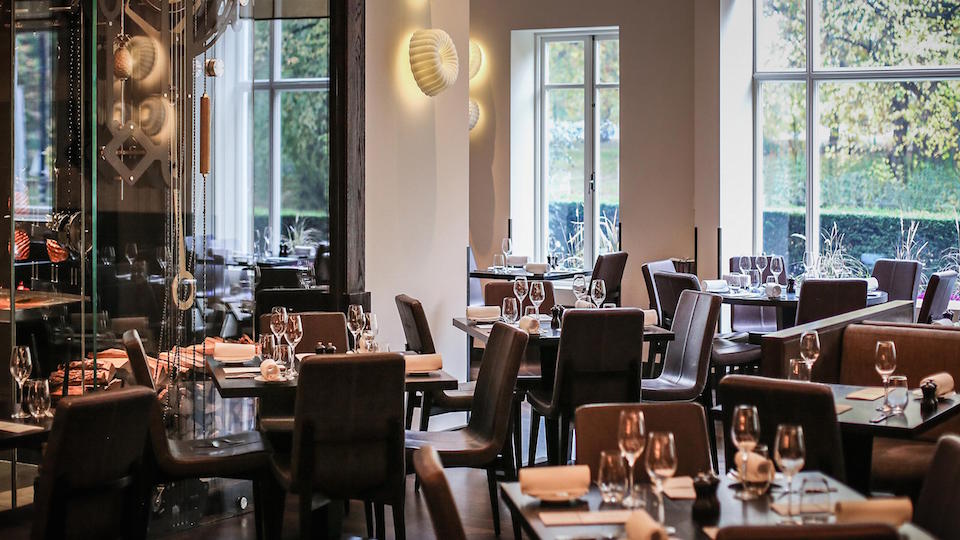 Dinner by Heston Blumenthal at Mandarin Oriental Hyde Park debuts in London. A name foreign to most Americans, Blumenthal is regularly touted as the world's top chef who oversees England's premiere 3-star Michelin molecular gourmand eatery Fat Duck in Bray. The look of the new dining room will be nothing short of revolutionary by French designer Adam Tihany who is orchestrating an overhaul of the Hyde Park-facing dining room that will aim to evoke influences of 16th Century British Imperialism. Although called Dinner, the dining room is open for lunch as well with service for up to 120 guests, three times the amount of Fat Duck, with summertime terrace with even more seating.

Period woods, heavy ironwork and leather-finished décor will serve as a visual backdrop for historic English dishes like scallops with cucumber ketchup, cured mackerel salad and slow-cooked short ribs. While Blumenthal will maintain his Fat Duck toque, Ashley Palmer-Watts who has worked under Blumenthal at The Fat Duck for almost a decade will oversee his London eatery.

Just in case you’re planning to cancel that trip to Bray’s Fat Duck, keep in mind the Mandarin Oriental eatery will be run by Blumenthal-appointed Ashley Palmer-Watts on a regular basis and not the acclaimed chef himself.