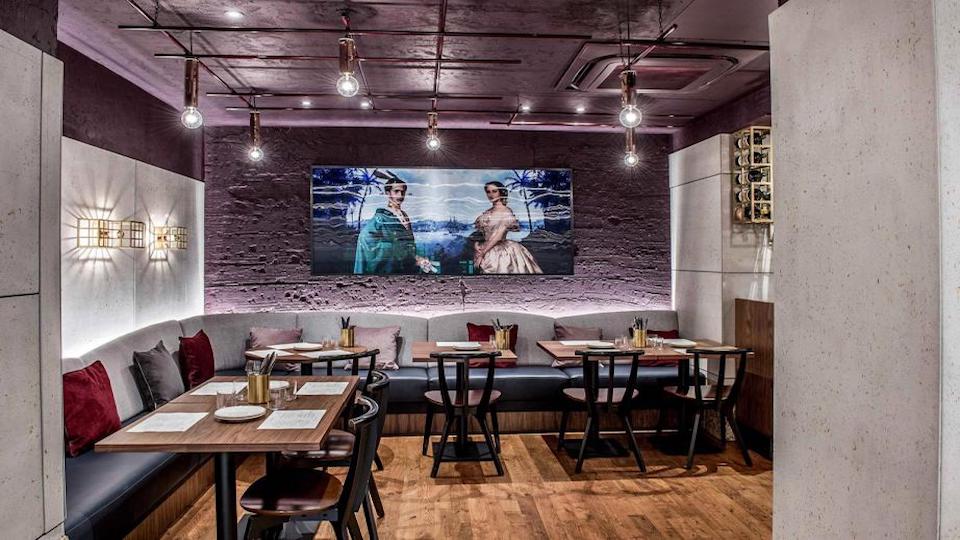 Say it with us, it's fun - Flavour Bastard! There's more to the name here than just shock value, although that's certainly not hurting visibility for what's destined to become a Soho favorite. Flavour Bastard is based on the concept of sampling cuisines and traditions from around the world and mixing and matching as desired, not according to rules or convention. It's upscale fusion cuisine aimed at young, buzzy crowds cut from United Colors of Benetton cloth.

Influences and combinations are drawn intriguingly from around the world, however Indian ingredients and flavors are a relative constant amid the experimentation. TFC is tandoori fried chicken, superior in every way to the Kentucky fried variety. Pork belly spiced with cinnamon and pepper, octopus with passionfruit and chipotle, masala-spiced “Bastard” steak tartar - the combinations are intense, unexpected and invigorating.