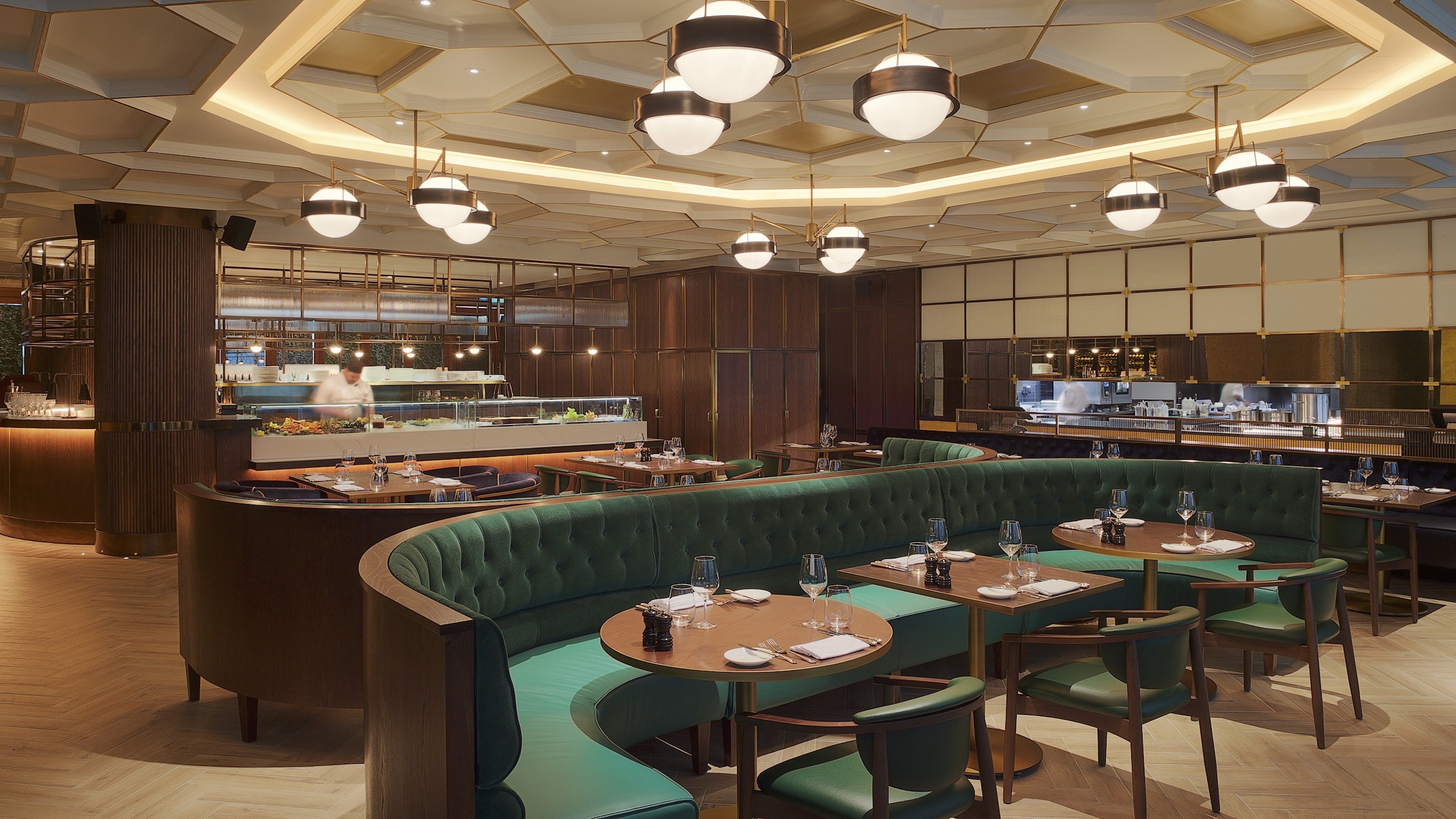 The famed Galvin Brothers, luxury restaurateurs Chris & Jeff, must be doing something right, as their new showpiece Galvin debuts just down the Dubai City Walk promenade from sister restaurant Demoiselle by Galvin. They've already earned a Michelin star and rave reviews from visitors arriving from around the world. The concept driving Galvin is, "The best of British, served with a Mediterranean flair!" and the décor, dishes and cocktails all showcase influences from Italy, the South of France and North Africa. The look can best be described as "laid back glamour," an effort to showcase upmarket status without a requirement for fussiness and severity. Décor is elegant without being pretentious, with sumptuous crushed green velvet booths and banquettes. Service is attentive and professional to expected standards.

Michelin stars don't lie - the menu is up to the highest standards of quality and care, accomplished by a team of exquisitely credentialed chefs and culinary experts. Start with oysters, caviar or a “seafood tower” of choice delectables, including lobster, king crab legs and delightfully seasoned tartare dishes. Highlights of the main courses include roast milk-fed veal striploin and tagine of lamb, prepared with an authentic regional zest and embellished with more modern elements that add to the delight. The côte de boeuf for two includes a truffled macaroni & cheese that's perfect for American expats craving a lavish take on comfort food.