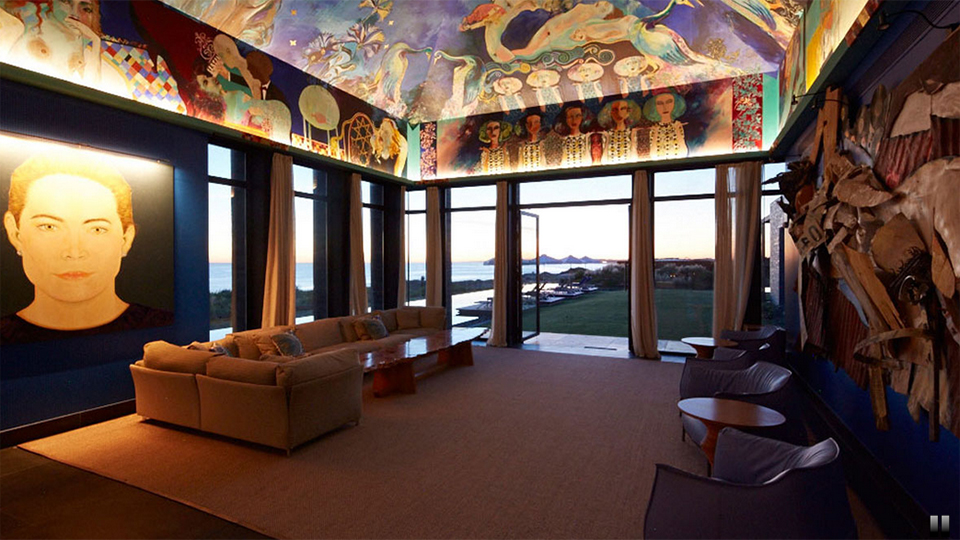 Its opening was one of the most anticipated of any recent hotel in South America. Bahia Vik arrives in Jose Ignacio from the hoteliers of nearby Playa Vik and Estancia Vik that transformed this Uruguayan village into a jetset playground. Bahia Vik occupies a prime piece of land once destined to become a Setai, offering an oceanfront address flanked between the coastal highway and protected dunes just south of the village entrance. With demure signage and gravel driveway, its approach fits in well to the immediate surroundings with rising Zen-architecture of stacked stone that defines the main lobby with courtyard living room, casual restaurant and playful lounge cocooned in cobalt-blue ceiling and wall murals commissioned by local artists. An on-site spa fulfills a much-needed demand by in-house guests in addition to a small fitness room and amenities like guest bicycles and local cell phones provided for guests. A series of rectangular, dark-bottom pools evoke preening moments as well as Americans that don't shy away from throwing a football on pristine lawns. Outside, a rolling landscape of sand dunes frame open ocean views and access to on-site La Susana beach club; there's also a beach access that connects to sister-property Playa Vik with all facilities accessible to guests including Estancia Vik's equestrian facilities.

Surrounding the main lobby compound, more-architectural guest bungalows are spread out along the vast property that connected via private paths and series of roads. Each bungalow contains two separate bedrooms divided by a living room that’s conjoined to either or both bedrooms depending on guest needs. Different South American artists design each bungalow, similar to other Vik Hotels, with high artistic aesthetic mixed among more conservative décor with pops of more modern or rustic furniture pieces. Bathrooms are equally well received with deep soaking subs, infinite rain showers and in-house toiletries. Small mini-bars contain complimentary drink offering with limited room service menu available with a $30-per person delivery charge. Oceanfront rooms are your best bet, offering the sounds of crashing waves that drown out any traffic noises that might be encountered in non-oceanfront rooms during peak seasons.