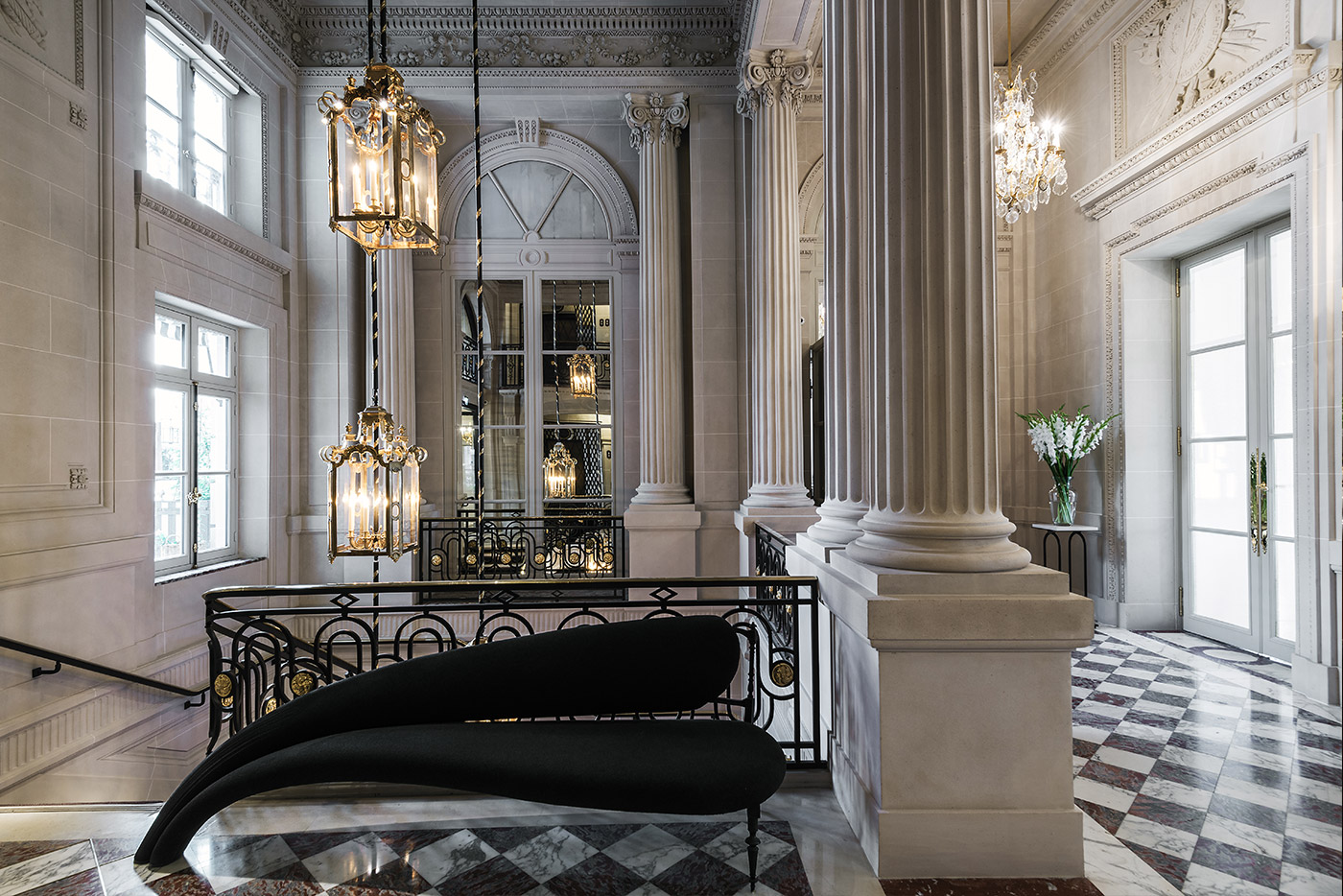 Hotel Crillon Rosewood reopened after a renovation that lasted four years. The work was originally planned for two years but the hotel is a listed building so it was more complicated than anticipated with the addition of a new pool and spa. The original building dates back to 1758. It became a hotel in 1909. The renovation of the hotel spared no expense spared in returning it to its 18th century grandeur. Inside there are sumptuous chandeliers, stunning sculptures, gold trappings and marble everywhere you look, and magnificently high ceilings that are painted like the sky. As it has an 18th century charm and sophistication, the look is achieved with being affected or garish. The restaurant is called L'Ecrin and it is overseen by Christopher Hache, a Michelin-starred chef. You can also eat in Jardin d'Hiver or have champagne and caviar in the lobby bar where Karl Lagerfeld, who designed several of the suites is a regular.

The rooms at Hôtel de Crillon are just as luxurious as the public spaces in the hotel. The standard rooms are decorated in calming colors and have luxurious furnishings throughout. You can also expect luxurious robes, toiletries, and more. The suites and apartments take the luxury to a whole new level. There you will find marble finishes, rose gold faucets, a library, and more. The Bernstein Signature Suite even has a large terrace with spectacular views of the Eiffel Tower.