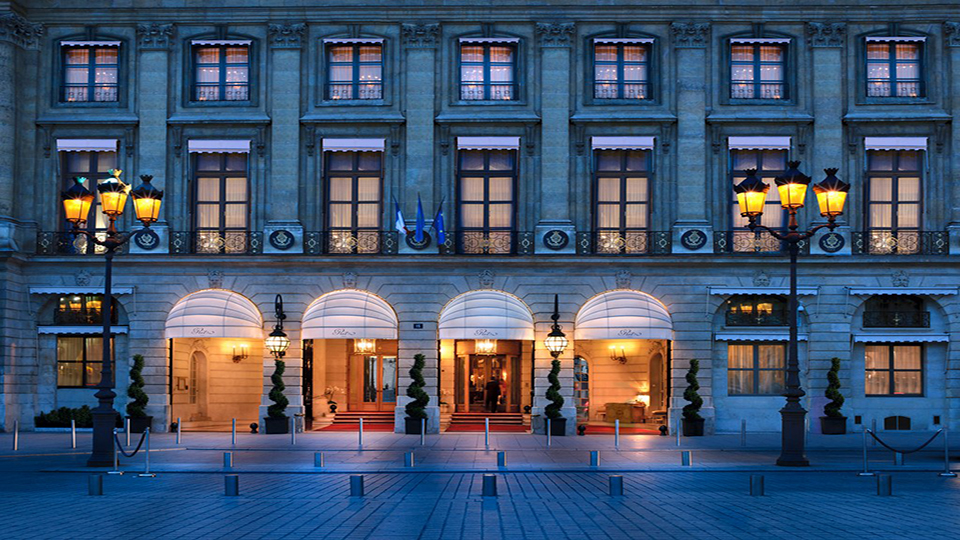 Opened in 1898 by Swiss hotelier Cesar Ritz inside a former palace, Ritz Paris has been an institution for the likes of Ernest Hemmingway, Coco Chanel and Marcel Proust. Today, it shows off a fabulous 4-year remodel overseen by Egyptian businessman Mohamed al-Fayed, who purchased the property from the Ritz family in 1979. One of the best locations of any Paris hotel, on the Place Vendôme in the 1st Arrondissement, today the hotel offers all the amenities of a modern hotel with the grandeur of a historic luxury palace. NY-based French designer Thierry W. Despont, the New York-based French architect and designer, attempted to preserve the overall feel through preserving the red carpet entrance and18th-century French decor but with a lighter color palate and architectural overall that includes higher lobby ceiling and far more natural light. Noticeable upgrades include an underground tunnel that now allows for entrances in a covered, private valet as well as a new year-round garden by French landscape architect Jean Mus that emancipates the property from its fully indoor past. Culinary details have expanded with the brasserie-style Bar Vendome and the gastronomic French restaurant L'Espadon by Nicholas Sale in addition to a new tea room, Ecole Ritz Escoffie cooking school and Bar Hemingway that's all but unchanged, from its brutish bronze bust to barman Colin Field.

Ritz Paris is home an equal number of guest rooms and suites, 71 of each to be exact. Designer Thierry W. Despont recreates the past through a mix of modern upholstery and antique pieces that enliven iconic rooms like the Imperial Suite and the Coco Chanel Suite - that was home to the French designer for three decades. New themed suites include the Mozart, Maria Callas and Proust. Guests are offered access to the world’s first Chanel spa with two-story health club known as the Ritz Club Paris.