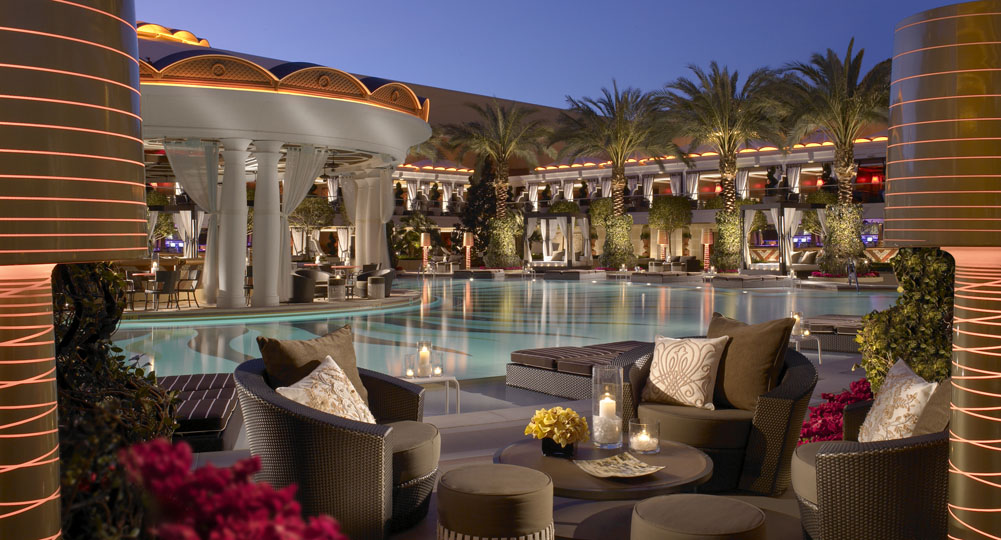 Over the last 5 years, summer in Las Vegas has been defined by the poolside ‘day’ parties. Those that grew up on them, the weekend was defined by the splashy madness of Fridays at the Palms and Sundays at the Hard Rock. But as time moved on, the parties got chicer as Tao Beach and WET Republic brought celeb hosts, VIP cabanas and bottle service to the mix. Even Moorea and Bare tried to add a bit of Euro topless-ness. But the day party craze truly exploded with the advent of Encore Beach Club that married international DJs like Steve Angello, Afrojack and Avicii with champagne showers, Arab princes and cabanas even more expensive than the Wynn’s high-roller suites on a summer weekend.

But to day party in Vegas as a high roller, it's best to narrow down your choices to a few select venues. At EBC - our favorite again for summer 2018 - NightSwim is back in session Thursday thru Sunday for late-night pool action with DJs from Dillon Francis to David Guetta and Diplo for Memorial Day Weekend. While we cringe at the idea of actually touching the water of a 3,000-person pool that's used both day and night, the array of cabanas on hand include the Lower Level bungalows large enough for 25 with a mere $25,000 food and beverage minimum. WET Republic still manages to pull off a good events calendar with Kaskade and Martin Garrix, but with a crowd that isn't quite our vibe all the time.

Newcomers like Foxtail and Liquid are mostly a bust, with the exception of specially promoted events. Daylight at Mandalay Bay goes into its third season with a more hip-hop line-up of Rick Ross, Ludacris and a burgeoning Thursday party that hopes to take on the competition. Look for Palms to debut an all-new pool club in 2019 that will compliment the $400-million refurbishment of the hotel and rebranding of many of its in-house brands - but we're still not sure if anyone will go back. Now, if we had to pick a back-up favorite for 2018, Marquee Dayclub at the Cosmopolitan always impresses with its perch above the Las Vegas Strip with EDC line-up that includes Lost Frequencies and Oliver Heldens as well as summertime VIP packages that includes bottle service by drone.