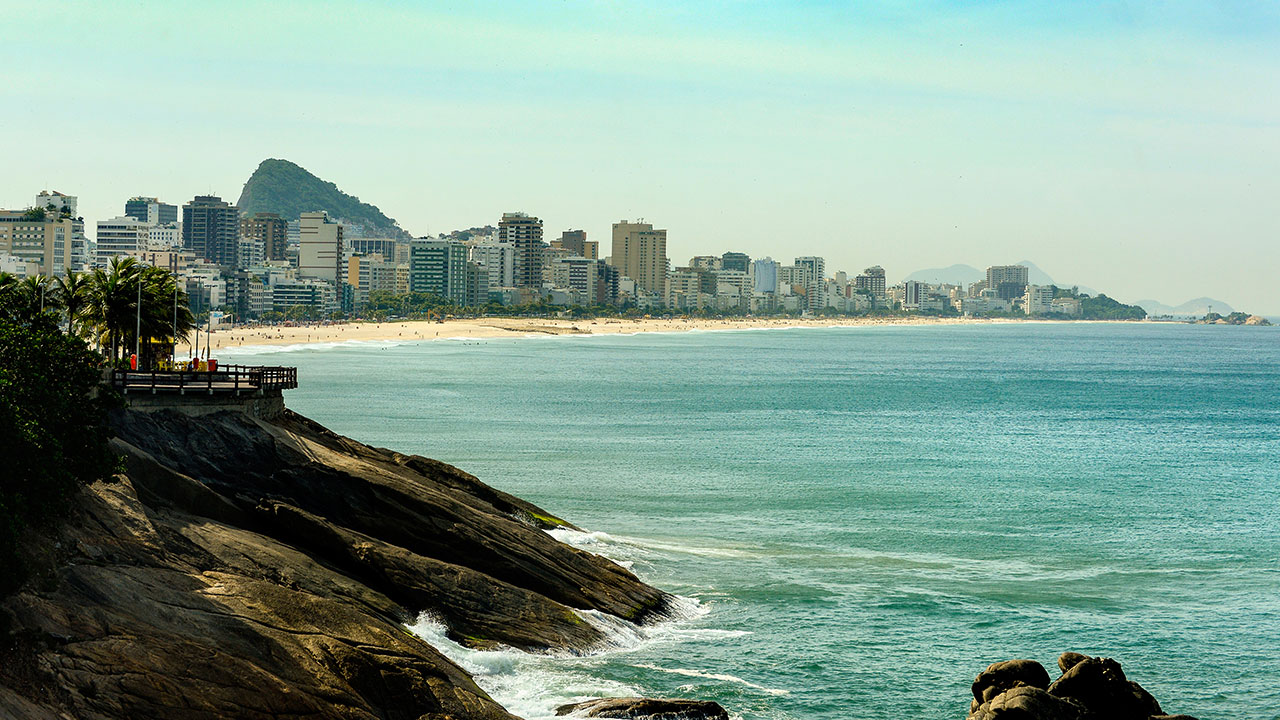 Rio is getting a very bad wrap. Namely from a media in hysterics over the condition of its Olympic venues, Zika, and "uncontrollable crime." On top of that, a depleted currency coupled with ongoing political scandal seem to be eroding much of the progress made in Brazil’s tourism sector over the last decade. But on the ground, Rio de Janeiro is very much as it has always been - a Havianna metropolis caught between what could be and what actually is as Olympic rumors of a new Soho House, EDITION and even Trump Hotel seem lost forever.

The fact that Grand Hyatt Rio debuts as the lone hotel addition disappoints. Given its posh-suburban location in removed Barra da Tijuca, it will be all but forgotten by tourists post-games. But the Olympics is hardly for luxury travelers, which becomes obvious upon checking into Rio’s famed Fasano, whose legendary rooftop pool - usually overrun with undiscovered supermodels and heavy-petting couples - has been invaded altogether by far-more American families and wading toddlers. Hotel Santa Teresa manages to keep it a little more exclusive, while at Copacabana Palace you’ll find plastic visors and jersey-clad guests replacing high-heeled socialites in flowing linen cover-ups. To Rio’s benefit, Olympic investment has benefitted the city's ailing transportation system that now boasts the new Line 4 subway that connects Ipanema to Barra da Tijuca in 20-minutes verses 60-minutes or longer by car. The addition will serve it’s purpose, as it’s Line 4 that many Olympic visitors will find themselves riding from the lively city center to outlying Barra da Tijuca where the Olympic Stadium and Athlete’s Villages are found. It’s here you’ll find an urban beach suburbia that is a land of glittery high-rises, blacked-out SUVs and ritzy malls advertised by Nicole Kidman.

But to truly experience Rio, you'll want to be back in areas like Leblon, Ipanema, or perhaps taking in the trendier neighborhoods of Gavea and Botafogo. It's in Jardim Botanico that you’ll find Rio's most cutting edge restaurants like Puro that offers contemporary Brazilian cuisine with a farm-to-table ethos, or perhaps Roberta Sudbrack with her rotating market menu, or Olympe that's currently the most-awarded restaurant in Rio. First-timers will inevitably book into places like Aprazivel for its views in Santa Teresa or Mee that does overly-formal Cantonese in Copacabana, but they’d be better off at Lasai for its earthy gastro-narrative or Sushi Leblon that’s still a supermodel staple. And afterwards, selectively stroll the streets of Ipanema with a sense of confidence and curiosity before tucking into Fasano's new rooftop party for an Olympic nightcap and one of the best views in the world.