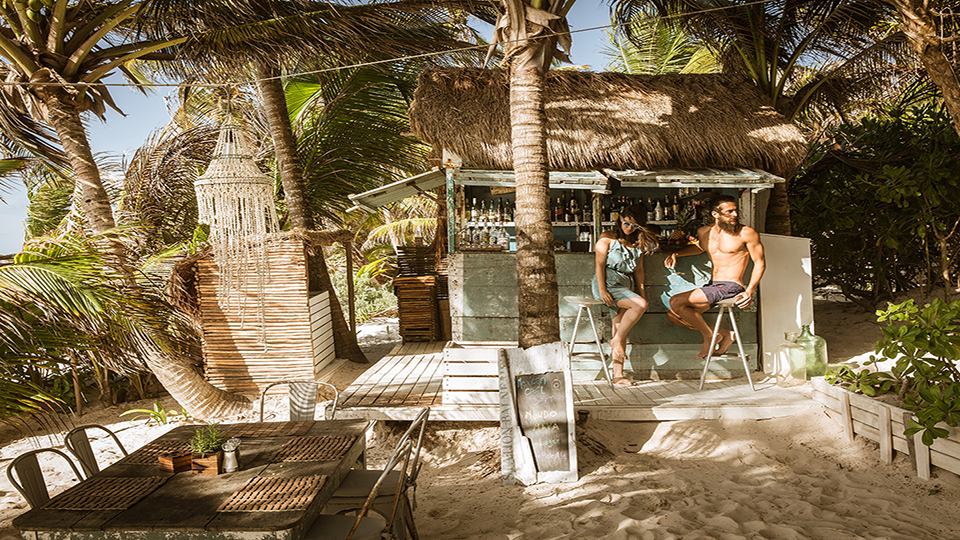 As winter wraps up its last full weekend in the northern hemispheres, glimpses of summer appear in these glamorous getaways. A three-and-a-half hour flight from London finds Marrakech enjoying an 88/31-degree day and hotel scene that includes new hipster resort The Source and L' Hotel by designer Jasper Conran. His first hotel venture, Conran pens L' Hotel Marrakech in a dramatic 18th century riad located in the heart of the medina with just five suites, swimming pool and roof terrace all infused with colonial 1930s decadence. A visit would be well timed with the opening of Musee Yves Saint Laurent Marrakech that will showcase 200-pieces of the designer's couture and 5,000-book fashion library later this year.

In the U.S., Spring Break is synonymous with Mexico. While any flight to Cancun will be spent with catcalling college students, once there break away from the pack and head south towards Tulum. Last year's dramatic closure of 16 hotels, shops and private residences by the regional Yucatan government unfortunately shuttered longtime style-stahlworts Coqui Coqui and Hotel Azucar. Unfortunate as it may be, the shift did benefit properties such as Be Tulum and newer properties like Nomade and Jashita Hotel with its $10,000-a-night penthouse - albeit on top of a 3-story bungalow. Even newer Casa Malca progresses the local design hotel movement at a compound once belonging to Pablo Escobar that includes an underground pool grotto and an extensive contemporary art collection by owner Lio Malca. As for eating out in Tulum, be sure to book your dinner at Hartwood even before your hotel. And try to snag a ticket ($600 per person) to the Noma Mexico residency running in a new, open-air dining room nestled between the jungle and the sea that was constructed especially for the Copenhagen-based eatery's pop-up in Tulum from April 12 to May 28, 2017.

For those unaware, Colombia is enjoying a tourism boom unseen in any South American market - perhaps ever. Thanks to tax incentives and strides by ProColombia - the government agency for promoting international tourism - Cartagena has become the country’s crown jewel with new nonstop flights from LA and Atlanta. Hotels like Casa Pestagua lend a luxurious flavor to colonial grandeur while Colombian fashion designer Silvia Tcherassi shows off her second hotel opening within the walled historic district. The new 42-room Tcherassi Hotel & Spa converts a 16th-century villa into a contemporary luxury resort with rooftop pool, two restaurants, lounge-bar and Tcherassi boutique. And expect more hotel news from Cartagena even after Spring Break with Melia, Four Seasons and AC Hotels all coming soon.