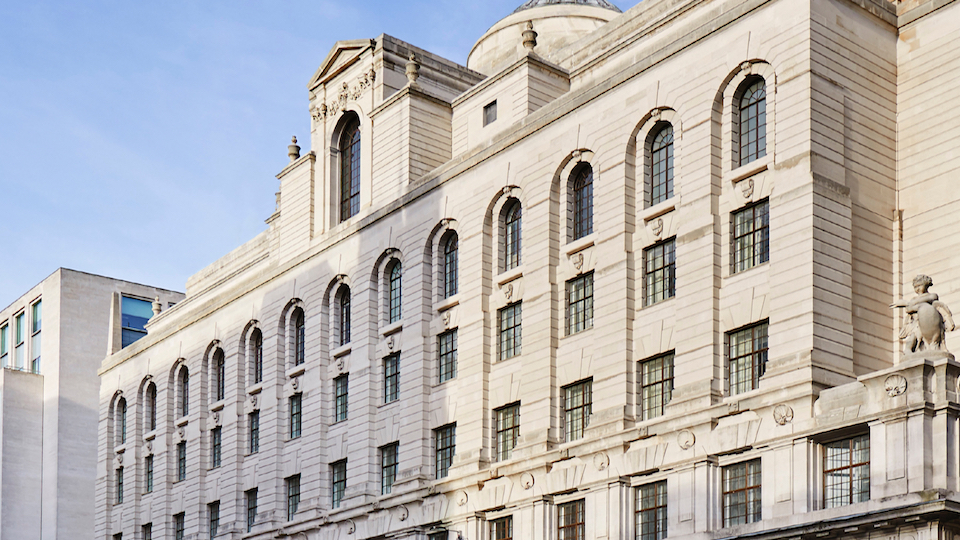 London's former Midland Bank has been meticulously transformed into The Ned, now one of the city's most spectacular hotels. This exquisite property is a partnership between London's renowned Soho House & Co. and US boutique developer Sydell Group (of The NoMad and The Line fame), with all the bells and whistles you'd expect from a 5-star prestige property. The 1924 building is Grade-I listed, meaning it's a historical landmark and protected from large scale renovation. Accordingly, the design motif celebrates the Twenties, Thirties and the "golden age of travel." Many original features remain, including the striking 92 African verdite columns that support the main hall, which is now a posh food court that opens into eight separate restaurants.

New bedrooms inside The Hospital Club