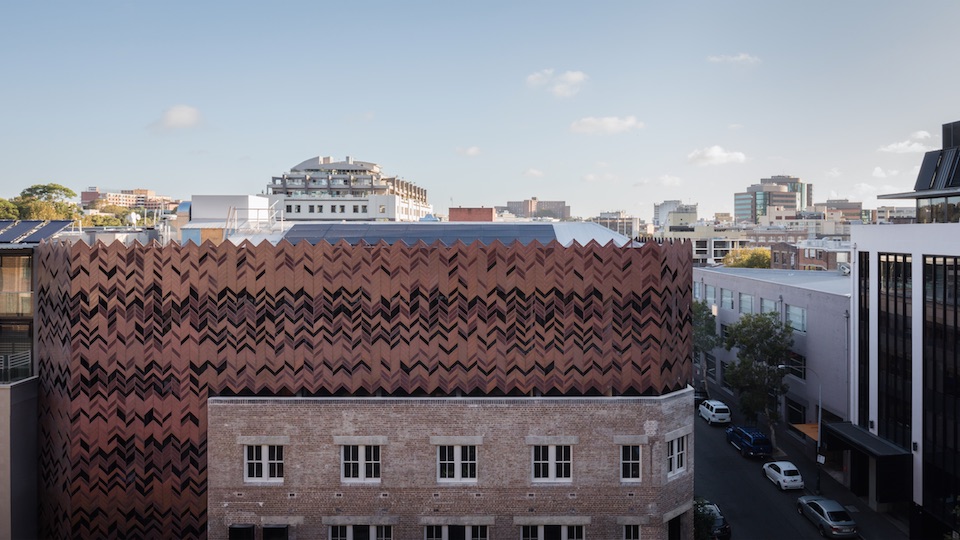 Sydney's historic Paramount Pictures Studios have been reborn into the Paramount House Hotel, part of a new cultural and entertainment hub that includes a fine dining restaurant and Art Deco cinema house. It's a significant swerve in identity for the sedate Surrey Hills suburb and the hotel is already attracting a young and hip crowd. The atrium is an attraction all its own, overflowing with lush vegetation that adds a decadent tropical vibe. The design is otherwise clean and modern, with sleek lines, brushed surfaces, and subtle colors. It's a sophisticated look that displays an attractive blend of casual and luxury. On the rooftop is the Paramount Recreation Club and Kiosk, a gym and attached cafe. In the basement is the Golden Age Cinema and Bar, which hosts screenings of classics and serves food and drinks. A separate fine dining restaurant is set to debut soon.

The hotel's 27 rooms and two suites are all designed uniquely but share the same aesthetic: modern, un-fussy, functional, and sedate. Beds, linens, and fixtures are all designer quality and a highlight of any stay - it's almost a destination resort level of luxury. Some rooms include lavish Japanese-inspired wooden bathtubs. Minibar, pull-out mini-refrigerator, and free WiFi are included.