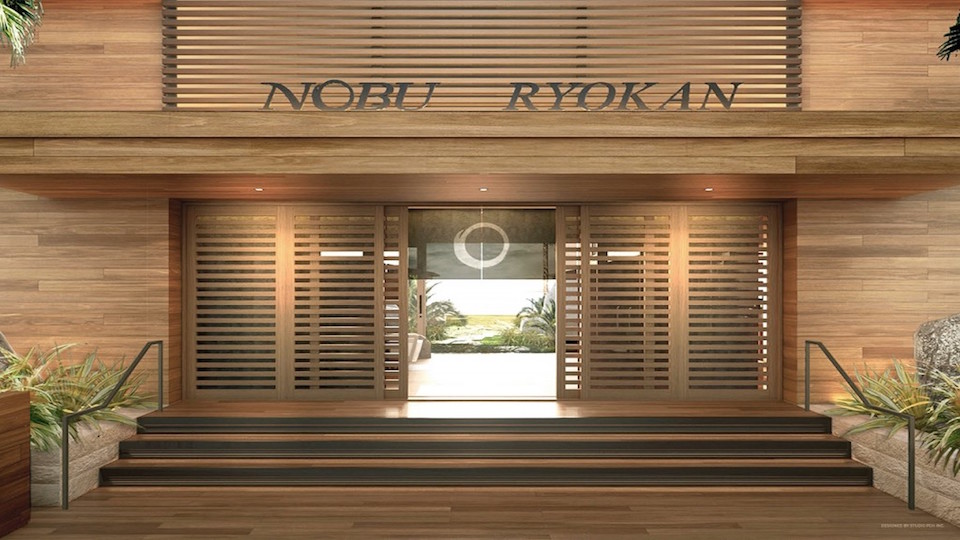 If you sailed west for about 5,000-miles you would land on the coast of the country this hotel takes its theme from - Japan. A ryokan is a traditional inn that was a feature of the highways in Japan in 17th century and beyond. The Nobu Ryokan borrows many of the ryokan's traditional features including stunning patios, beautiful artwork, and outside landscaping that is just as luxurious as the features inside. There are also handmade teak soaking tubs although, unlike the traditional Japanese ryokans, they are not communal. Instead you can relax in the comfort of your own room. Guests are given exclusive access to Nobu Malibu, located just a few steps away past Soho House - which sadly doesn't allow guest privileges despite both buildings being owned by Oracle-founder Larry Ellison.

The Nobu Ryokan is one of the most intimate hotels you will find in Malibu - it has just 16 rooms. It is also very private, tucked away amid the stunning scenery looking out over the Pacific Ocean. Each one of the 16 rooms in Nobu Ryokan is unique and has an ocean view. They include comfortable furniture, open fireplaces, and decor that blends the outside with the inside to create a tranquil and relaxing setting. The hotel is not cheap, from $2,000 per night, but it justifies the hefty price tag with its uniquely modern take on a very old Japanese hospitality tradition.