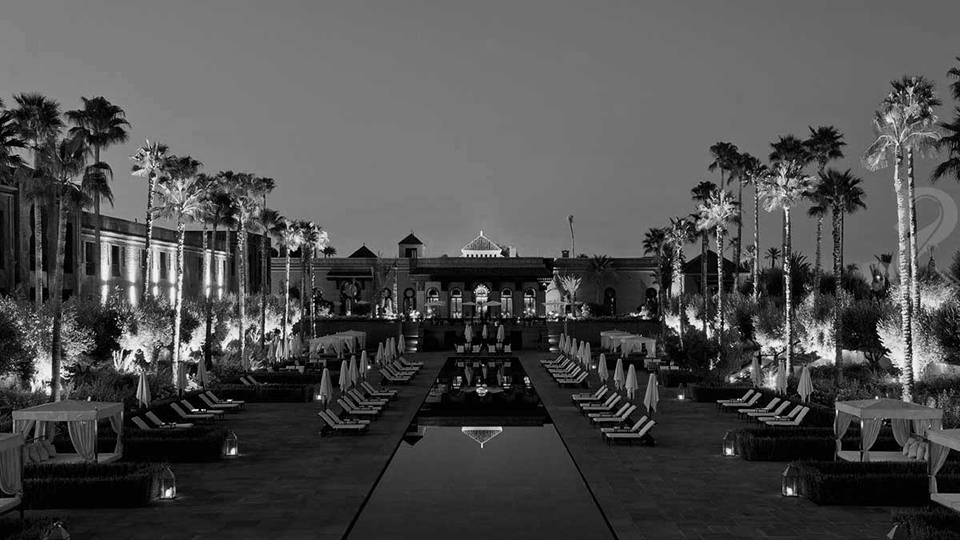 Summer's blistering heat retreats around this time of year in Marrakech . The season's bounty of figs, pears, and tea, not nearly as robust in previous years, still makes it way into welcoming platters of fresh fruit and elaborately poured mint tea. As with agricultural super-powers, rain plays a big part in the Moroccan economy - and it hasn't rained much in 2016. But a lot is happening in Marrakech - a much needed airport renovation finishes up this month and the new Musée Yves Saint Laurent Marrakech brings a long-needed dose of modern architecture to town with a world-class fashion museum, library and restaurant opening next year.

Few destinations anywhere offer the hotel infrastructure of Marrakech. Where else would an Aman resort, Amanjena, be second choice to better-located and equally fabulous properties like Selman Marrakech? While headlines also tout the newer Four Seasons with far to many families or less-bespoke Mandarin Oriental, Selman (pictured) was penned by Jacques Garcia in a mixture of Charlemagne grandeur and Arabian craftsmanship. Its columned corridor and voluminous red brick walls lead to the best resort pool in Marrakech with Henri Chenot Spa and a collection of Arabian horses you can call your own during your stay. If visiting for the first time, a stay in the medina is essential at a riad like La Villa des Orangers with its relaxed French glamour, rooftop pool and in-suite hammams stocked with homemade toiletries.

Great restaurants are in no shortage in Marrakech, providing you plan and research ahead. If in doubt, stay close to the hotel. If not, Le Foundouk does innovative Moroccan from a medina rooftop. A bit more posh, PepeNero does opposing Italian and traditional Moroccan menus around the gardens of a former Pasha’s palace. For the most part, Marrakech has escaped being colonized by nightlife franchises looking to set-up resort pop-ups. There's no Billionaire or Buddha Bar - Delano failed, as did Asia de Cuba. Pacha attempted a more glamorous approach, and succeeded, with its long-standing outpost and Crystal Supper Club and Hotel. And now Hakasaan hopes to do the same with new Ling Ling a sequel to the Mykonos original that brings an eastern inspired Itzakaya bar and eatery to the new Mandarin Oriental that brings a little nightlife to the Palmerie desert.