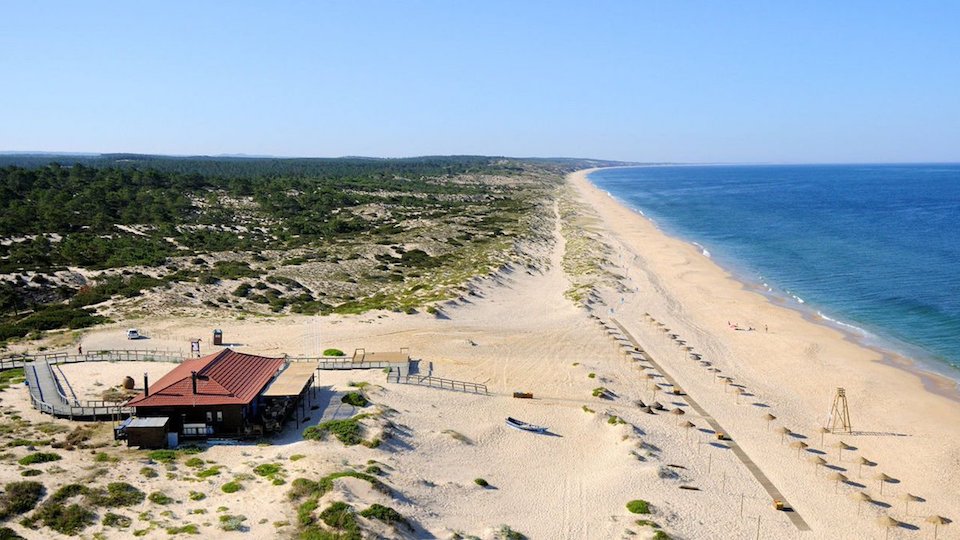 Where We Went, Where We Didn't - It's the story that's defined summer 2018. It was all about getting away for summer 2018, beyond the lenses of Instagamers endlessly posing away at Hotel du Cap, Club 55 and the poor Faraglioni. Some chose to forge new rivieras in Portugal and beach towns like Comporta where a once small fishing village has awoken to second home owners from Milan and Paris decked in drop-crotched pants and 4-foot Jacquemus sunhats. The seaside enclave, a 90-minute drive south of Lisbon, is rooted in old Portuguese banking money that used it as a summertime getaway in the 1950s and 60s. Today, white stucco fortresses and the charming Sublime Hotel juxtapose the tile-roofed village perfectly, painted in its tranquil blues and whites and presided over by slumbering storks that send gifts from above.

Adventure seekers sought the Mediterranean from the North African coast, in enclaves of Tunisia that are just now recovering from those brutal 2015 headlines. Only for the cautious, western visitors are wise to stick close to Tunis and its medina or historical sites like the Amphitheatre of El Jem - the best-preserved Roman amphitheater in the world. Then there's the seaside town Sidi Bou Saïd cast in dreamy tones of blue and white, family-owned cafes and Dar Saïd that was once an enclave for artists like Paul Klee and Louis Moilliet. Turkey was a value play for Arab, British and German travelers profiting on political woes and currency in freefall that’s made new Bodrum hotels like Six Senses Kaplankaya Kaplankaya and The Edition unbelievable deals.

In our usual Med hotspots, we saw an unprecedented return to the Amalfi Coast as well as saturation in the Mykonos market that made August almost unbearable for many seasonal regulars. South of France was hit-or-miss with Marseilles blossoming and St. Tropez as well as Cannes quite simply a bust (if we see one more Hotel du Cap photo before its annual closure, we might combust). The era of Instagram has led to a more existential question for me on my first newsletter as Editor of JetSetReport. Should we publicize the chicest new places in the world to be bombarded with Insta-storiers, Snapchatters and various angle-seekers, or should we just share them here in our exclusive newsletter and in a few years add them to the website for all to see, take a photo in front of and inevitably ruin for the rest of us?